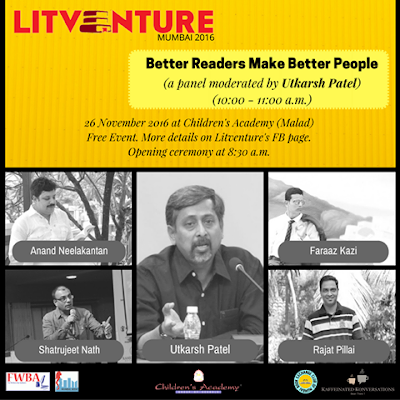 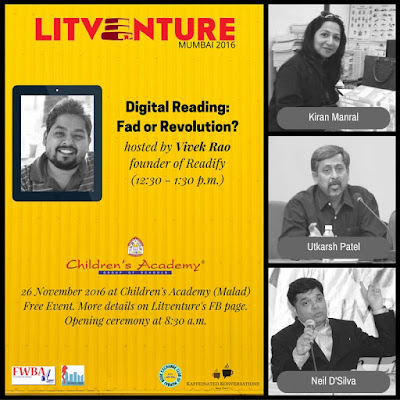 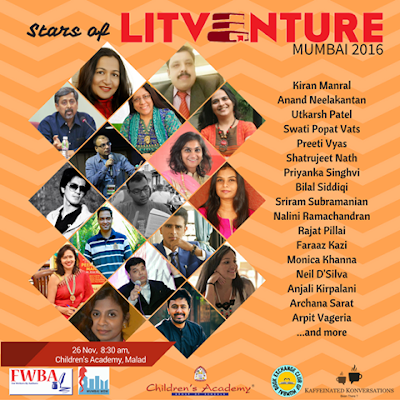 Posted by This is Utkarsh speaking at 5:16 AM No comments:

Why shouldn’t I complain?

As a child, when I fell down and hurt myself or was upset about something and complained or cried, I was stoically told to learn to bear it, sahan karna sikho, and stop whining and complaining. Earlier, I was expected to keep quiet as the ability to bear pain and not whine was good for me in the long run, at least that’s what my mother would say! Since that day, I have been keeping quiet whenever something went wrong or not up to my expectations.

Today, when I have to stand in long queues for hours to get my own money, all my friends tell me to stop complaining and bear it with a grin. After all it is for the good of the country.

I don’t dispute it, but stop telling me not to complain.

I complain, because I am bearing the brunt due to a certain segment of people who have still not been affected by this, because when I stood in the queue for hours, I did not see any of the politicians and their children or his son-in-law or the daughter-in-law. Neither did I see the small businessman, who hoards cash and creates black money, nor the affluent, who sponsor big elections. All around me I saw, men and women who have left their daily work, labourers who have foregone their daily wage, maids and cooks, who will have to go back to their complaining mistresses, and a sea of helpless faces, all of who were trying to ensure that they get their own money to see through the crisis and of course contribute to the larger good of the nation!

I complain, because that’s probably the only thing I can do, after all I am the growing middle-class. I am always the one who is expected to bring change, socially or politically. I am the one, who gets pushed and minced, no matter who rules in Delhi. I bear the brunt of pollution, as I take to the streets to board the public transport. I suffer, as I have to run to numerous bodies like municipal and such, to get a death certificate and other such necessary papers. I suffer because I am the one who has high ideals and lacks both money and the will to pay a bribe. Occasionally to ward away a major nuisance, if I do pay a small sum here and there (read ‘bribe’) to ensure that I got my own document or I managed to save my poor wife from being oogled at for a minor misdemenour by the cop on the street, I am made to feel guilty for being ‘part of a corrupt system’. I am supposed to go through the ordeal which would make me feel menial and miserable, and try to change the system, after all, I should cater to create that utopia that all of us have been hoping for, ever since my country saw the dawn of independence and recently too.

So, guys who can bear so much trouble, bear my whining too. Don’t tell me to shut up for ‘the larger good of the country’!

I care for my country, just as much as you do, if not more!

Posted by This is Utkarsh speaking at 5:39 AM No comments:

Email ThisBlogThis!Share to TwitterShare to FacebookShare to Pinterest
Labels: Demonetisation

Beneficiaries of the Uri Attack

If the title shocked you, then welcome to the real world. Get out of the trolls and memes of the social media which have been working overnight to provoke few seconds of patriotism and the latest two bit of my-contribution-to-the society via internet-activism.

The Uri attack left 20 soldiers dead and I wonder how many of the patriotic citizens remember the name of a single jawan dead. I haven’t even asked if any of the rabble-rouser and the ‘patriots’ have done anything worth a dime for the families of the dead.

The first beneficiary is definitely the Government in power which used the surgical-strikes post-Uri attack to its credit. As the Defence minister was found bragging that the surgical strikes were by the army, but the brain was the PM. The army spoke once but the politicians are still speaking about it and taking all the sheen away from those who took all the risk and efforts for the strikes which were conducted post the Uri terrorist attack.

The second beneficiary was of course a marginal political outfit, which was in the margins of near extinction. A sudden chance to flex muscles and show they existed and a poor film producer who had crores at stake, had to bear the brunt the organisation’s new found patriotism. What was sad was how the over-the-top patriotism received tacit support from the Government, given the political compulsions of the moment.

Absolutely unexpected beneficiaries were of course the small traders, who suddenly found a tertiary benefit in wanting to ban Chinese products. While the PM was meeting the Chinese premier and delegates were discussing business as usual the citizens of the country joined in the mind-violence of ban-Chinese-products. Yet another opportunity to display patriotism and remind people how great Indian products are, a la Sarojini Naidu in her “Bazaars of Hyderabad”. Unfortunately the same people seem to have forgotten that Chinese constructors will be working on the 3000 ft statue of Sardar Vallabhbhai Patel, the government’s pet project and a Chinese corporation has recently been awarded the 900 cr Nagpur Metro project. But all of us get to display our patriotism by participating in ban-china-ka-maal like Diwali lights and paper-lanterns and sleep a peaceful night’s sleep after contributing to our two-bit of patriotism!

I think all of us who support such divisive and self-recreational politics, should hang our heads in shame!

Posted by This is Utkarsh speaking at 5:41 AM No comments: