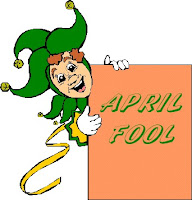 What is it about April fool’s day, also known as All Fools Day? What is it that makes one and all make someone a fool and still get away with it?

The origins are traced to the change of calendars. Way back in 1564, King Charles IX changed the beginning of the year from April 1, to January 1. The change did not go down well with many and they stubbornly decided to continue with the old date. Many who accepted the change would make fun of people who did not accept the new date, by sticking a picture of fish behind them, and referring them to as ‘April fish’ which till date is how the French refer to April Fool’s day. Soon this became a custom of fooling people on this day.

There are also mythological references of this day. According to Roman Mythology, Pluto the god of Dead, once kidnapped Proserpina and lived with her in the underworld. Proserpina called out to her mother, Ceres, the goddess of grains and harvest, but all Ceres could hear was the echo of her daughter’s voice. Ceres looked for her daughter in vain and this fruitless search for her daughter is considered to be the mythological precursor of the fool’s errands which is so popular on this day.

According to Christian mythology, it was on this day that Jesus was sent from Pilate to Herod and back during his trial. This unnecessary back and forth sending was also the beginning of the famous fool’s errand. Some scholars also refer the act of Noah releasing the first dove to check if the flood waters had receded as being fooled by nature as the waters were still around. 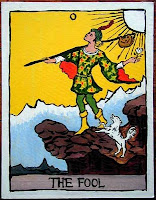 In the medieval times the image of the Fool as the symbolic patron saint of the day was very prominent. The Fool was distinct in his multicoloured dress with a horned hat and a sceptre and a bauble in hand. To this day, we celebrate the day in all good earnest and with no malice. The best thing about this day is that nobody takes offense when you fool someone, which leads to a great amount of fun and joy, even if it is at the expense of someone else. This also has to do with the advent of the Spring season when people are in great spirits and thus celebrations are all centred around pranks, teasing and fun. This element of fun has been brought about very well by Shakespeare in his comedy, The Midsummer’s Night Dream, which celebrates the fun and frolic associated with the Spring. In we start the season with the advent of the festival of colours, Holi, which too is all about fun and frolic.

So whatever, be the origin, historic or mythical, on this day, go ahead and have fun. Tease, fool and have fun, but make it harmless and don’t hurt sensibilities. A day when fooling is in order!