Many organisations that I come across seem to have one problem (amongst many) in common and that is Knowledge Transfer (KT). People don’t want to share knowledge and at times people don’t find the existing knowledge worth taking (typical of the Gen X, who have just passed out of elitist colleges), or people not being able to collate and ‘hand-over’ a clearly articulated body of knowledge. 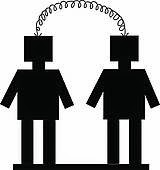 KT is the transfer of knowledge, expertise, skills and capabilities. Is KT a new subject on the horizon or is it just a new phenomenon due to insecurity of the modern day workplaces? KT in its basic form has existed from time immemorial in the form of Gurukuls, and then schools and colleges of present day. Teachers have taught and passed their knowledge to students, some of who have added to the body of work and passed it down to others in the subsequent generations.

Organisations too have seen such transfers earlier. Be they in the form of an Associate, an Apprentice, or just a junior who goes on to learn the tricks of the trade and take on the mantle one fine morning. Sons have been natural heirs, but others too have been honoured with the knowledge and have moved on to start on their own.

So how does KT become effective and a viable practise for organisations? How do they ensure that nothing is lost or at least substantial is retained before an employee leaves or retires?

KT is effective when the receiver is aware that there is knowledge worth accepting. When the leader is held in awe because of the knowledge, then the transfer is effective. In the epic Ramayan, Ravan was an able administrator. His rule was a golden period for his kingdom (which figuratively was referred to as sone-ki-Lanka, or the land of the gold). When Ravan was on his death-bed, he passed his knowledge of able administration to Ram, which in future came to be referred as Ramrajya. Ram who had dealt the deadly blow to his enemy, accorded Ravan the position of a Guru, and sat down to hear the words of wisdom from the dying asura-King. Knowledge should never die with the person who either created it or mastered it. 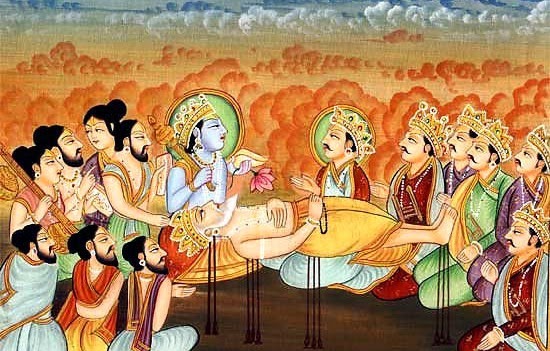 In the epic Mahabharat, Vidur has been shown sharing his knowledge of administration frequently with the Pandavs, which is also known as Vidur-niti. This is never done with the Kauravas, since they were never found receptive. Bhishma too promises not to die till he has imparted his knowledge of ethics, morals and values to Yudhishtir and the same was meticulously done from his bed of arrows after the tenth day of the war of Kurukshetra.

Knowledge Transfer is effective, when it is done by the person who is acknowledged to be in a superior position because of the knowledge. His elevated position is because he has some skill, knowledge in his possession. This is akin to the typical guru-shishya parampara where people have gone to acquire the said art or skill. It could be similar to Dronacharya, as a teacher who is willing to pass his skills to all the students in return of some favour, or Parashuram who is willing to pass down his knowledge to Karna in return of no favour. 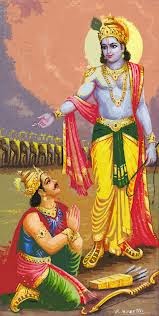 Knowledge transfer is very effective when it comes in the form of need-of-the-hour. Krishna in his epochal Gita had transferred a huge body of knowledge at the right time to Arjun, which enabled him to fight the war of Kurukshetra. This knowledge till date is translated, interpreted and taught in different ways and the relevance of which seems to be reinvented with changing times.

Knowledge transfer is meaningful, when we know that the said knowledge emanates from reliable sources. The Vedas, Upanishads, etc. are all troves of knowledge which have been recorded for use. Some say, they were passed on by gods through seers for future use, while some say these are learning of the past recorded for generations to come. Even the epic Mahabharat is supposed to have been dictated by Vyas, but written by Ganesha – where is the reason to doubt such an epic which has been written by a god with his own piece of tooth?

Finally what makes KT most effective is the method of the transfer. Many a times, if it is passed down as tomes of knowledge, it is ineffective. Let me tell you a story here. Once upon a time there lived a king who had three sons and according to the king all his sons were idiots and he wondered how could he ever leave the throne to any one of them, when none of them were worth anything? His worry was solved by a person, who promised to educate his sons and make them worthy of the throne. This man focused on the wisdom of the scriptures rather than the scriptures itself. He created stories which would teach a lesson or a moral and make the learning more interesting, instead of didactic or moralistic. Soon the Princes were a Kings delight and each one of them was eligible to occupy the throne! This man was none other than the famous Vishnu Sharma and what he wrote for the princes is known to all of us Panchatantra! The Panchatantra or the five treatise cover all aspects of management, personal life and the cunning that one needs to have to face life.

Just as lessons are easy to impart, but not-so-easy to understand, so is the case with Knowledge Transfer. It is easy to speak about it, even easier to lay down the processes that govern the transfer, but very complex to execute. The biggest impediment to the process is the fear of redundancy. In an ever increasing competitive environment, ones knowledge is perceived as ones asset acquired over a long period of time and to pass it down as a process does not settle well with an individual who is feeling insecure in the first place. Needless to say, that the same cannot be done overnight too, after all KT is not a case of divine revelation!

KT needs to be part of an organisational process from day one. Every process or step in an organisation should aid the Knowledge accumulation leading to its dissemination. It has to be a top-down approach. A Bhishma needs to be visible to the system who is willing to share his knowledge or a leader like Ram needs to be seen in all humility willing to accept knowledge from even his enemy.

The day, sharing knowledge becomes a part of an organisations DNA, Knowledge Transfer will be seamless and as normal as any other regular process of the organisation!

Posted by This is Utkarsh speaking at 10:01 AM