A love story from the epic Mahabharata.

Lapita was the daughter of a sage and was brought up in a hermitage. Though she was brought up in the confines of an ashram, she had a favourite spot in the forest, which was a small heaven for her. It was lush green bower, with sweet fragrant flowers and humming bees all around. At this place, once she had offered water to two thirsty Kinnars, who in return had offered her a boon. The simple Lapita did not know what to ask for. So she asked instead, “What can you offer me?”

Kinnars were mythical creatures, and they said that all they could offer was a life like theirs. Lapita wondered what kind of a life would that be? “A life of love and that of a lover and none other. There was no place for a third in their love, not even offspring’s, but a life of everlasting love.” Said the Kinnars. Lapita wondered if that was life at all, and the Kinnars assured her that it sure was life. Lapita opted for a life of everlasting love and since then was waiting for her lover in this bower of hers.

Sitting in the swing in her bower, she would wait for her lover, for she had faith in her boon and love. Some days were days of longing and some days the loneliness pained. But she knew that love was not far and soon, her lover would come for her.
One spring morning, she found a handsome rishi, the most handsome rishi she had ever seen, standing in front of her bower. He was Mandapal, who had once embraced the life of celibacy to seek knowledge. His father had suggested that he get married and live the life of a householder, to ensure salvation of his and his ancestors. While he had not quite heeded his father’s wishes and that of the society, he was also told that there was a girl Jarita, who was waiting for him and would marry none but him. The thought of such a person waiting for someone giving up on normal life intrigued the seeker of knowledge and thus had decided to seek her out and so he was on his way to the Khandavprastha, the forest where Jarita dwelled.

Lapita wondered what made Mandapal seek Jarita suddenly. Mandapal replied that he had realised that there was no life without a wife and offspring’s and that he had to attain completion. Lapita laughed and wondered what kind of a life would that be when more than two is a crowd? Lapita espoused the life of love which had space for none between two lovers. Mandapal was unsure if that was life and wondered who this woman was. Lapita assured him that she too was a mortal and knew that such life did exist and was more enjoyable than what Mandapal was seeking.

Mandapal couldn't help but exclaim that while Lapita sure was beautiful, the same couldn't be said of her thoughts. “I have never come across a plant which didn't like flowers”, and with these words Mandapal left the bower of Lapita. But Lapita’s eyes had found whom she was seeking and knew that this was her love. She called Mandapal and said that he could go seek a life that he wanted, but she had found hers. She would love none but him and wait for him. From, then onwards, her eyes would seek and wait for none but Mandapal. Mandapal saw the pained and sad face of Lapita and moved on.

Jarita was ecstatic to see Mandapal. Her happiness knew no bounds when she saw him and her prayers answered. The two got married and time flew fast. The marriage yielded children, as desired by them and the society and soon Jarita got busy with life, family and children. Mandapal was beginning to feel a void in his life as he found Jarita always busy with their four children. Mandapal’s love was seeking a partner and he never found Jarita with him, even when the two were alone, as she was always preoccupied by the thoughts of her children and their needs and wants. Mandapal’s heart felt lonely. Jarita realised it and assured him that on the full moon night, she would meet her as before.

That night Mandapal met Jarita with garland with the choicest of fragrant flowers. But just when he was about to garland her, Jarita rushed to attend to one of their children, who she thought had called for her. Mandapal’s unfulfilled love burnt him inside and he left home. He soon found himself at the bower of Lapita who was waiting for Mandapal ever since he had left the bower many years back. Lapita had vowed that her partner would be none other than the handsome rishi Mandapal and she welcomed him. Mandapal garlanded Lapita and lived a life of love and joy, till.....

One day, Mandapal noticed Lord Hutashan, the god of fire heading towards Khandavprastha in what seemed to be a bid to consume the forest. This disturbed Mandapal, as his cottage was in the same forest. Lapita noticed the disturbed face of Mandapal and asked him the cause of his concern. When Mandapal told her that he was worried about the safety of his children, Lapita was saddened to see, that Mandapal’s heart still ached for someone other than her. When Mandapal decided to pray to Lord Hutashan, she got angry, but agreed to join Mandapal in his entreaties to the lord of fire.

Mandapal was relieved when Lord Hutashan agreed to spare the single hut of Mandapal, but Lapita was disturbed to learn that Mandapal had not erased the memories of his first love. She could not reconcile with the fact that Mandapal’s heart still ached for Jarita, who he had wanted to be spared. Mandapal was saddened at Lapita’s jealousy and wondered as to what kind of a heart could even think that a man’s heart would not ache for his children and his wife who had done no harm to him. Mandapal, realised that this was not the life he had wanted as this had no place for anyone, not even ones loved ones, and he decided to leave Lapita and return to the mother of his children. Mandapal heard Lapita say, “If you don’t return to me, then I will tear this garland and curse the objects of your love and attention.”

Jarita received Mandapal, but the joy was missing. She had welcomed the father of her children but this was not the man who she had loved. Mandapal had returned for her children and not for her, she said. But Mandapal assured her that he had returned to his home and his life of love. Today he had understood the true meaning of love and his love had found its true meaning. His life was nothing without both Jarita and their children. He had got lost in seeking pleasure and not love. But now he had found love.

Mandapal drew Jarita closer to him, but just then Lapita sprang in front of them from nowhere. She had the same garland which Mandapal had given to her when he had come to her bower. Her eyes gleaming had Mandapal worried. At last she said, “Don’t worry Mandapal, I will do nothing to you as I accept defeat. Defeat not from you or from your wife, who sure is more beautiful than me. But defeat from those who have made your wife more beautiful than me. The precious gems which adorn her, your children.” Mandapal pleaded to Lapita not to curse his children, as they were most precious to him than any wealth of the world and so was Jarita who had enabled the wealth to him.

She held the torn garland in her hand, and with sadness on her face, said, “No, rishi Mandapal. This garland that you had given me, will now adorn your precious gems. I have not come to curse, but to see, what I have lost. They, who have defeated me, will adorn this garland.” So saying, Lapita garlanded the children of Mandapal and left.....

.......left for her bower, Lapita still alone, but waiting for none.

Here's wishing all my readers a very Happy Valentine's Day!! 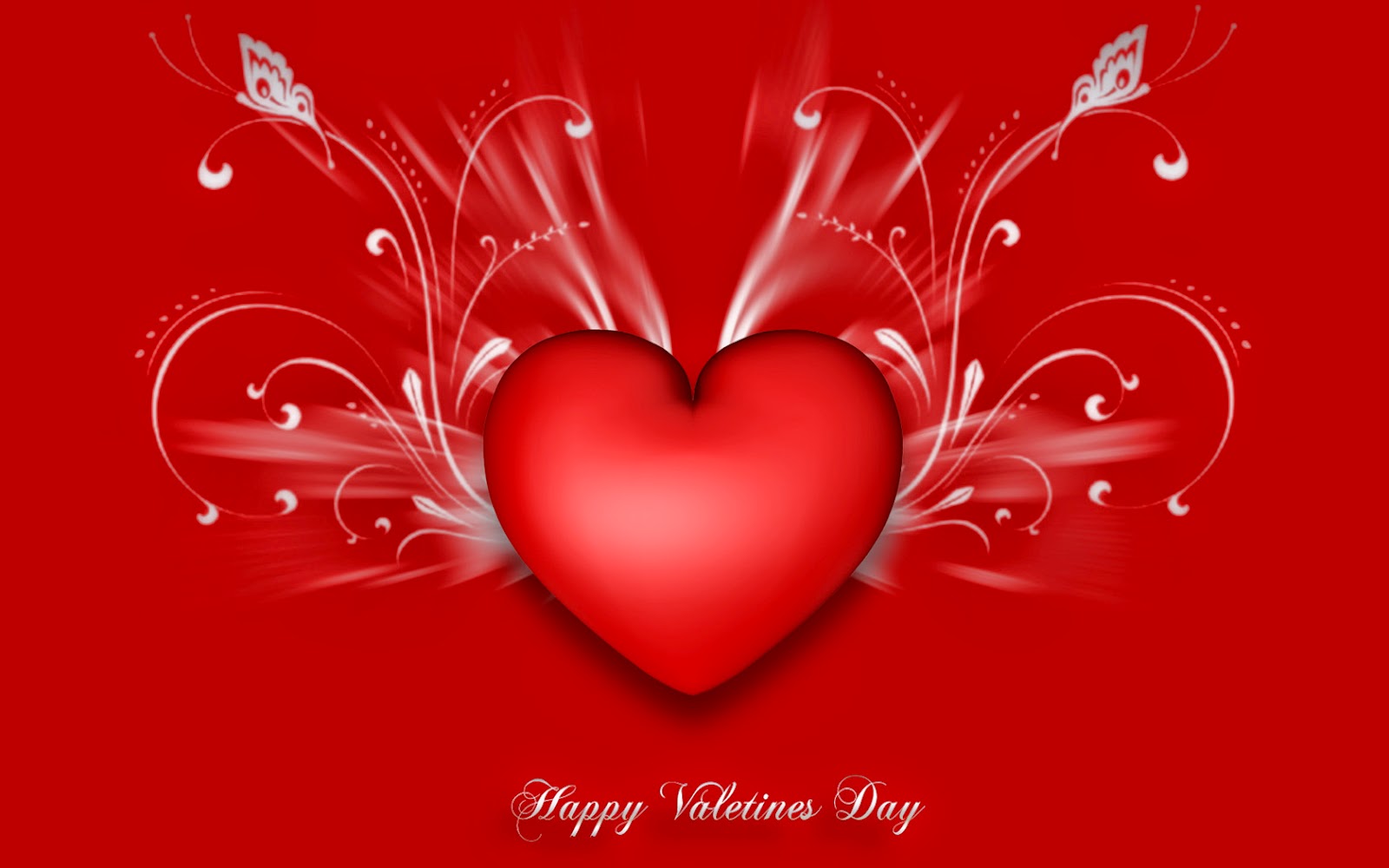 This is an abridged version of the English translation by Pradip Bhattacharya, of a Bengali story written by Subodh Ghosh.

Posted by This is Utkarsh speaking at 10:16 AM