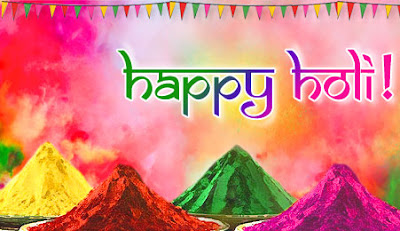 Today is Holi and also International Women’s Day, so happy holi to all and a very happy women’s day to all the women I know and the rest, whom I would love to know!
Having said that, there is a hidden irony in today’s Holi. On one hand we are celebrating Women’s day, and on the other hand this day is a day when the image of the women has to take a beating! Let’s go thru some of the myths of Holi and it will be apparent.


First and the most common name associated with Holi is that of Holika. Holika was the aunt of Prahlad, who was the son of Hiranyakashyap. Hiranyakashyap was an egoistic ruler who had commanded that only he should be worshipped and none else. However, his son Prahlad used to worship Lord Vishnu and no orders or threats would deter him from doing so. Hiranyakashyap had made many attempts of eliminate his son, but each time Lord Vishnu would save him. Holika had a boon, whereby fire could not touch her or harm her, so on this day, she managed to coax Prahlad to sit on her lap and enter the fire. But due to her evil intentions of killing a pious boy, it was she who got burnt and Prahlad came out unscathed. Holi gets its name from the evil aunt, Holika.


Mathura celebrates Holi by burning the effigy of a demoness (female demon – if I may!!), Putana. According to a legend, the King of Mathura, Kamsa (also Lord Krishna’s uncle) had sent Putana to kill the baby Krishna. She tried to suckle baby Krishna by oozing poison from her breasts. But the Lord knew about her evil designs and sucked her life out leaving her lifeless. Till this day, the Yadava community in Mathura, burn the effigy of Putana who is sometimes also referred to as Holi.


Finally a lesser known myth – the myth of Dhundhi. In the kingdom of Prithu there lived a terrible ogress (a female giant or monster in myths and fairy tales) by the name of Dhundhi. Dhundhi was invincible as she had received a boon that she would not be killed by men or gods; could not be harmed by arms or heat or cold or rain. This had made her a menace and she was known for devouring young children. Prithu was worried about this and so one day he called his priest to see if there was a solution to this menace. The priest said that besides the boons, she also had a curse from Lord Shiva. According to the curse, she was not immune to pranks and abuses from boys. So it was decided that on this day – when it is neither cold nor hot and definitely no rain, the young boys (who are not men as yet and definitely not gods) would consume bhang (to get them delirious), and make a lot of noise and abuse her out of the kingdom, which Dhundhi could not resist. Till date this behavior of young boys can be seen and no offence is taken on this day! 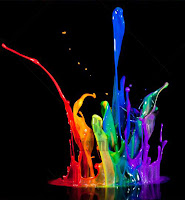 As we have seen, that the festival celebrates the elimination of a female form, be it an aunt or a demoness or an ogress. To add fuel to fire, the day is also known as the day to celebrate the victory of good over evil!


Heavens!! Where do I hide today?


Happy Holi and a great Women’s Day to all the lovely women of the world!!!!
What would the world be without each one of you!! Phew!!!

Read last year’s article on Holi – “Holi – Festival of Colours”
http://utkarshspeak.blogspot.in/2011/03/holi-festival-of-colours.html
Posted by This is Utkarsh speaking at 6:23 AM