The recent rape in Delhi has shaken the psyche of the nation due to its sheer grotesque and inhuman brutality. The fact that man can reach such abysmal pits is unbelievable even though all of us have heard and read about it for the last few days. That the perpetrators need to be punished in the harshest of manner is indisputable.

There has been uproar on this issue and the nation seems to be united on this single issue. It is heartening to see people coming together and asking for changes in law, stricter vigil and faster judicial process. The underlying assumption being that all this and more will lead to lesser crimes of this nature and act as a big deterrent.

Is this the only way of eliminating rape – by deterrence? Are we to believe that people will not rape, only because of the police vigil and fear of harsh punishment? Is this the solution?

For the immediate purpose – yes.

But shouldn’t there be a different and a longer-lasting solution for this?

Rape has to be seen as an issue of our eroding cultural value-system. When boys from a young age see the double standards of their parents – worshipping goddesses on one hand, and wife-beating and discrimination against the girl-child on the other, he is bound to be confused. He carries this confusion till he reaches the age when he starts teasing girls and gets away with it. Soon he starts thinking that a woman is just like his underwear, which can be used to hide his sickness of uncontrollable libido. He has grown up seeing his father and men around him humiliating and taking women for granted, so that must be the way it is if not a sign of manly behaviour. Occasional visits to a temple of some Devi, should be enough to overcome a few guilt-pangs, if at all. 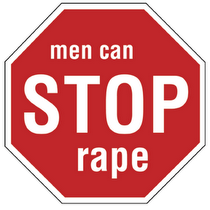 It’s time to relook on how India treats its sons. It’s time to teach them the difference between boys/men and dogs. It is imperative to inculcate in him the respect for women-kind, not just his mother and sister, which he does. What women should wear is not for him to decide and when they should go out and with whom, is not for him to declare. He has to be taught to control his sexual urge and that it is not the same as his urge to urinate whenever and wherever he wants to. This is different. He does not have the divine or the societal approval and nor can he decide to take up cause of ‘upholding the great Indian tradition’ which has never taught rape and ill-treatment towards woman. He also needs to be taught that rejection by a single woman does not imply rejection by the entire womankind and the rejection has to be taken in his stride instead of going violent towards women in general. 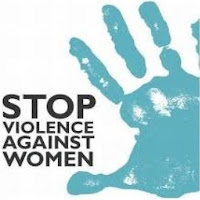 This respect and empathy has to start early and parents have a huge task on hand. Rape is not an illness; it is the sheer lack of respect for a woman and a complete disdain for woman’s individuality and her self-respect. Rape is just a manifestations of the crimes perpetrated towards women, besides battering, acid-attacks, slashing of faces, burning, butchering, etc.

Don’t rely on law because it has its own compulsions in our country. Law can only be a deterrent; it can’t usher in a renaissance – that is our responsibility as a society, or rather as a sane and a civilised society.

Posted by This is Utkarsh speaking at 10:12 AM

Email ThisBlogThis!Share to TwitterShare to FacebookShare to Pinterest
Labels: Rape