The Hindu month of shravan, (July-Aug) is an important month for many a devout. The month arrives after the scorching heat unleashed by nature and rains come to soothe parched earth and bear fruits to agricultural efforts. Shravan is also the month of many festivities, like the birth of Lord Krishna, Raksha bandhan, Naag Panchami, etc. all signifying some aspect of the month. However, the deity that gets month long attention is Lord Shiva.

As someone who was born and brought up in Kolkata, West Bengal, one has been brought up by the ‘walkathon’ that many a devout undertake to the temple of Tarakeshwar, a Shiva temple at a distance of about 70kms from Kolkata. People walk the distance from far and further, balancing bamboo sticks on their shoulder, with earthen pots at two ends, filled with water from the Ganga. The walk is arduous especially due to the rainy season and fraught with danger from snakes, scorpions and other such inhabitants of the ground. 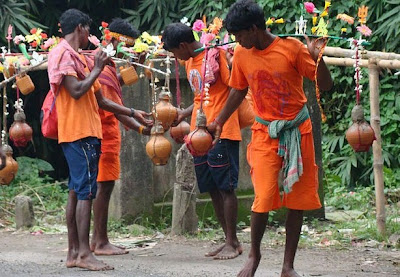 In the early days, only men used to walk the distance in groups. But after the release of a popular Bengali movie “Joy Baba Taraknath” in the late 70s, where the heroine of the movie is seen walking all the way, it has become quite popular among women to walk the distance along with men. Locals on the way to the temple arrange for rest and stands for the bamboo sticks, which cannot be placed on the ground till it reaches its destination, and offer refreshments to the pilgrims. Night long, people are heard walking the roads, chanting “bhole baba paar karega” (Bhole baba, or Shiva will show us the way) and “Dhalbo Kothay? Babar mathay” (Where will we pour? On Shiva’s head, of course!) on their way to Tarakeshwar. 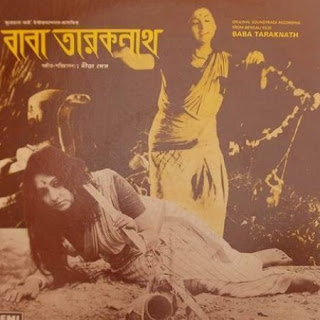 Like all religious place, this one too has its origins in mythical tales. According to a legend, Vishnu Das, a resident of Oundh (Ayodhya) migrated to Bengal with his family in the early 18th century. People did not take to him too well and were suspicious about him. To prove his innocence he is supposed to have held an iron rod in his hand, after which, he was accepted by the locals. Later his brother found a spot in the nearby jungle, where cows would ooze out milk all by themselves. On digging, they found a shiva-linga with a dent at the top. A dream to Vishnu Das is said to have revealed that this was a manifestation of Lord Shiva, or Baba Taraknath and that a temple should be built there. This is also referred to as one of the few swayambhu (self-manifested, or that which is created by itself) temples of Lord Shiva 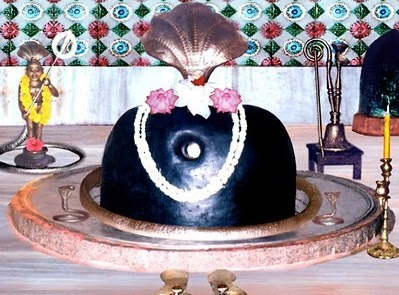 The present structure of the temple was built by Raja Bharamalla, in 1729 AD. The temple is an example of a typical Bangla architecture, which has an aatchala structure (‘aat’ - eight and ‘chala’ - sloping roof of huts) with a natmandir (a place for offering prayers) in the front. The temple is considered to be one of the oldest temples in West Bengal which holds sway on people on all occasions related to Lord Shiva, especially Shivaratri and every Monday of the month of shravan. Many stories abound of how efforts to shift the temple elsewhere have been foiled by divine efforts, which goes on to reinforce the will of Baba to stay put at the designated spot of His choice.

The practice of carrying Ganga water or jal and pouring it on the shiva-linga also has mythological allusion. It is said that the amrit-manthan, or the churning of the ocean took place during the month of shravan and amongst many things that came out of the churning was halahal, or poison. When there were no takers for this, Lord Shiva decided to consume it and hold it in his throat, which made his throat blue due to the excessive heat generated by it (and thus he is also referred to as Neelkantha, the blue-necked). Seeing this, all the gods gathered and poured Ganga-jal on his head to cool the excessively heated body. The practice of carrying Ganga-jal and pouring it on shiva-linga is carried on till today during the months of shravan!

A similar pilgrimage is undertaken in the neighbouring states of Jharkhand and Odisha too. In Jharkhand, people carry Ganga-jal from the district of Sultanganj to pour at Babadham in Deogarh, a practice which owes it origin to Lord Ram when he undertook a similar journey on foot over the same route. People undertake this 105 kms journey to coincide with reaching their destination on Mondays. Similar journeys are undertaken from different districts of Odisha to reach the numerous Shiva temples of the state, like Lingaraj temple, etc.

During the month of shravan many people abstain from eating non-vegetarian diet and vices like alcohol and smoking. It is said that shravan is the first of the chaturmas (four months) of Dakshinayan, the Southward journey of the Sun, when the nights are longer than days (as against Uttarayana, the Northward journey of the Sun, when the days are longer). This is considered to be the months when the mind is most unstable and full of negative thoughts (nights symbolising dark and devious). Non-vegetarian food is considered to be ‘hot’ and with an unstable mind, the heat would only lead to more trouble! However, a more practical reason could be that this is also the month when the fish lay eggs. To allow them to breed and thrive would only lead to a larger catch next year. It is possible that abstaining from fish led to a general abstinence of all non-vegetarian diet.

Seasons and associated festivals and each having a mythical origin are an old association, which goes on to ensure that norms are laid down, followed and adhered to. Rains leading to remaining indoors, breeding by the fishes and leaving some animals out of the menu ensuring compassion towards them, only reinforce man’s need to coexist in an ecologically dependent system.

Posted by This is Utkarsh speaking at 9:19 AM