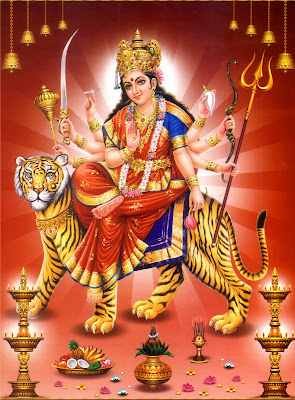 Navratri, as the name goes, is a festival of nine nights. Besides the fun and revelry, it has its own religious and social significance. But what seems to be lesser known is that this is not the only Navratri that gets celebrated. There are more than one Navratri in a year, though the one that begins today is the more popular one.

According to some, Navratri is celebrated four or five times in a year, but the most common are –

Vasant is the spring season or beginning of summer and sharad is the beginning of winter. It is important to note that both are celebrated when Mother Nature undergoes important climatic changes. This highlights the significance of the worship of Mother Goddess cult and its most significant aspect of regeneration.

Navratri is the worship of the divine Mother and is a part of the Mother Goddess cult, a practice that found its origin during the Vedic times. The worship of 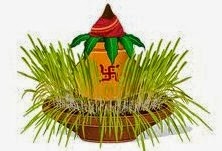 Shakti, the feminine creative principle has been an important practice in India from the times of yore. Worshipping a ghata, an earthen pitcher, (Read This is Utkarsh Speaking: Navratri ) with different grains and allowing them to sprout during the days of the festival is another very important ritual, which brings out the fertility aspects of nature. The sprouts are an indication of nature’s bounty, which was the prime concern of the primitive society which was agrarian. The fertility aspect makes Navratri a predominantly women centric festival, which however, has emerged as a social festival to reckon with. The importance of the cult of Shakti is such, that according to the Skanda Purana, even Lord Shiva is like a shava (a dead body) without Shakti! Needless to say, that Shakti is the primordial energy and the nine days of Navratri are to honour the nine different forms of Shakti, also known as the nava-Durga, or the nine-Durgas.

To conclude, Goa has an interesting version of the Navratri, which brings out the cult of Mother Nature worship very effectively. In Goa, goddess Durga is known by many names, some of them being Bhumika, Shantadurga, Sateri, etc. all of which are a form of earth goddess. On the first day of the Navratri, a copper pitcher is installed in some temples. The pitcher is surrounded with clay around it and in it are sown nine different grains. During the nights, folk songs and traditional dances take place amidst the worship of different village deities. The rituals are to seek abundance in harvest from the earth mother, and on the tenth day, the village deities are taken out in a procession. With time the folk dances have given way to the more popular dandiya and garba, but the rituals have not undergone much change and nor has the belief system.

During Navratri, over the next few days, we will focus on some aspects of the same, with a special emphasis on the ensuing Durga Puja.

Posted by This is Utkarsh speaking at 11:42 AM