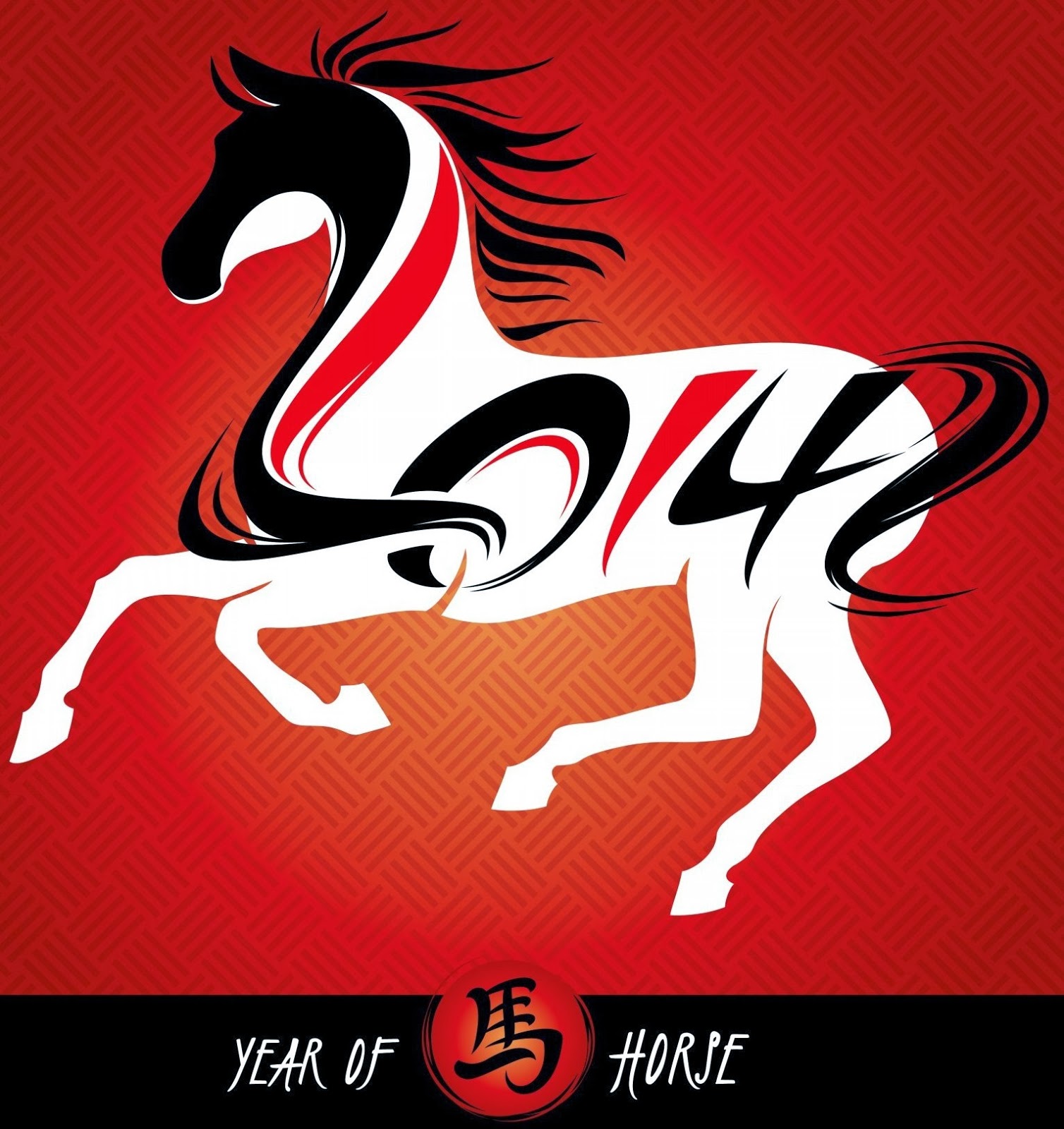 Today is the Chinese New Year and from today begins the Year of the Horse. The Chinese follow a lunar calendar and each year is dedicated to an animal. The association of animals to the years is based on an interesting legend.

According to the Chinese mythology, once the Jade Emperor (the emperor in heaven) decided to call all the animals to his place to designate the years based on them. Only twelve animals responded to the call and priority was given according to their arrival at the finishing line what went on to be referred to as The Great Race. These animals were rat, ox, tiger, rabbit, dragon, snake, horse, ram, monkey, rooster, dog, and pig.

In those days the cat and the rat were good friends! Since the cat was a late riser, it requested the rat to wake him up so that they could start early together. However, in the morning the rat was too excited about the race and forgot to wake up his friend, the cat. On the way, the rat met the tiger and the other animals like the horse, etc. who were much faster than himself. The rat worked a way out to reach faster than the other animals. The ox was an honest and straightforward animal. The rat approached the ox and wanted to know if it could hitchhike on it. The ox agreed provided the rat sang all the way. The two crossed the river and reached first and just when the ox thought that it had arrived first, the rat jumped ahead of the ox and was declared first!

The tiger came in next followed by the rabbit who had hopped all the way and over a floating log. The dragon followed the rabbit and came fifth. When the emperor expressed his surprise at the dragon coming late as it could both swim and fly, the dragon explained that on the way it found a place which was suffering from drought, so it stopped for a moment to make rains and save the people from dying. The Emperor was happy to learn that and ranked it the fifth. (Dragons are rain-causing animals according to the Chinese mythology.) Some versions say that the dragon breathed hard on the log carrying the rabbit, so that the log reached the shore!

The horse galloped all the way and even swam the river, but didn’t realise that the wicked snake was hiding in its hoof. At the finishing line, the snake jumped off the hoofs and seeing the snake, the horse jumped back in surprise and thus the snake was ranked ahead of the horse who came seventh. The ram, the monkey and the rooster took a raft and reached together and were ranked in the eighth, ninth and tenth positions. The dog came in eleventh as it had stopped by the river for a bath and the pig was sleeping till late and thus came in last, i.e. twelfth. 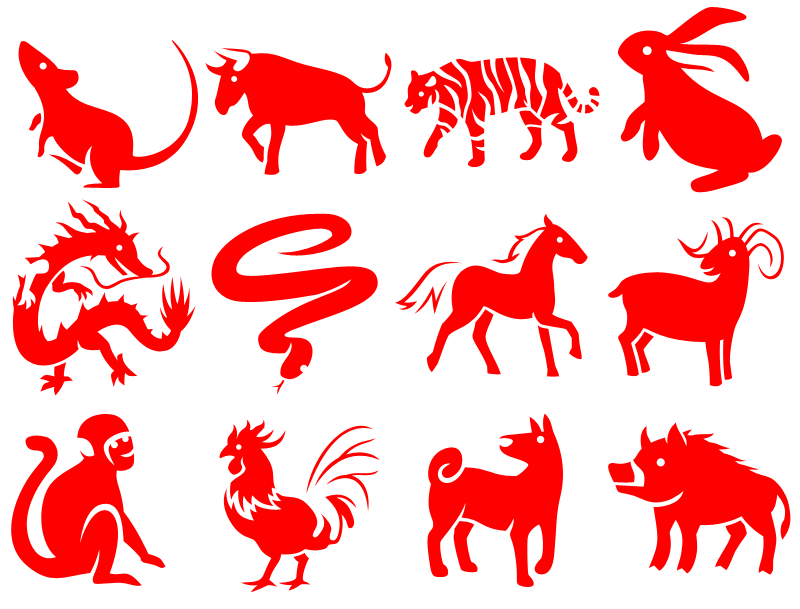 The cat was too late and was very upset with the rat for not waking him up and since then it became the sworn enemy of the rat! The other animals either didn’t try or lost out since the race was over land and water and some of them couldn’t pass through both. One version says that the elephant tried, but gave up the race when the rat went inside its trunk!

Many later versions of the above myth, ascribe the race to Buddha instead of the Jade Emperor, due to the influence of Buddhism, however what is important is that the story of the animals remains the same.

It is said that each year is dedicated to an animal and it started with the year of the rat. According to the Chinese, people born in that year, tend to bear the characteristics of that animal. The Chinese astrology further divides each day into twelve two-hour zones which is further ascribed to each of the animals mentioned above.

Scholars have interpreted this animal theory based on the famous 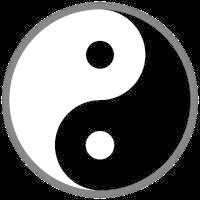 Yin-Yang theory. According to Hong Xun (960 - 1279), out of the twelve animals, the rat, tiger, dragon, monkey and the dog have five toes. Five is an odd number and belongs to the Yang side which is positive. The horse has one toe, again odd number and thus Yang again. The other animals all have toes of even number and thus belong to the Yin side which is negative. The snake does not have a toe, but its tongue is forked and thus has two ends, making it even again. Thus if you observe closely the animals have been arranged in the Yin and Yang order!

The Chinese celebrate the New Year by burning crackers and lighting red lanterns. The origin of this custom too is ascribed to an interesting legend. According to this legend, once there lived a deadly giant by the name of Nian deep in the sea and at the end of the year would come on earth and feed on human beings. To avoid being devoured by the giant, people would go up the mountains and hide. The giant would destroy everything on earth and leave if it didn’t find anybody to eat.

Once an old man came to them and requested them not to leave as he would take care of the giant, if he was allowed to stay just one night. People tried to dissuade him from staying the night as it was the night of Nian’s arrival, but the old man would not listen. The people, not having faith in the old man, left for the mountains.

Here’s wishing all my Chinese friends a very happy New Year and may the Year of the Horse bring in all the positive aspects of the animal!!

Posted by This is Utkarsh speaking at 8:34 AM