Self Sacrifice from Mythology to Modern Times

Yesterday, we read about self-sacrifice and some examples from Indian Mythology. Today, we will read about the same in other mythologies – 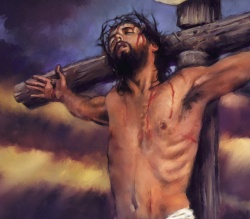 According to the Christian mythology, god became incarnate in Jesus Christ and his death is considered to be the ultimate sacrifice. According to a view that has featured prominently in Western theology since early in the 2nd millennium, God's justice required atonement for sin from humanity if human beings were to be restored to their place in creation and saved from damnation. However, God knew limited human beings could not make sufficient atonement, for humanity's offense to God was infinite, so God sent his only Son to become the sacrifice of the everlasting covenant.

The concept of self-sacrifice is central to Christianity. Often found in Catholic and Orthodox Christianity is the idea of joining one's own sufferings to the sacrifice of Christ on the cross.

Greek Mythology
The Greek mythology includes several stories of persons greatly honoured because they offered themselves as sacrifice for principles of altruistic love, for conscience's sake or for the country's honour and freedom. Deaths as a heroic ideal, can be traced back to Greek mythology whose moral principles influenced Greek history and culture. The demi-god Prometheus was condemned to a form of crucifixion because his great philanthropy for humanity led him to disobey Zeus and bring fire and the arts to humanity.

Alkestis, for example, the wife of Admetos, the King of Thessaly, became legendary because of her self-sacrifice in order to save her husband's life. Her offer to die in her husband's place became a symbol or an ideal that can be realized when one offers oneself for sacrifice so that others may live. Alkestis was fully aware of the nobility of her sacrifice, which saved not only her husband but also her family and country.

There are many examples in classical Greek literature of persons who sacrificed themselves on behalf of honour and freedom of their homeland. The altruistic devotion to patriotic principles that led them to self-sacrifice became the subject of several dramas by Aeschylos, Sophocles and Euripides. Iphigeneia surrendered herself to be sacrificed for the unity of Hellenes and the successful expedition against . Makaria, Hercules's daughter, sacrificed herself to save ; Menoikeus, the father of Creon, sacrificed himself to save ; and Antigone preferred to die rather than violate the divine law and obey the rule of men. 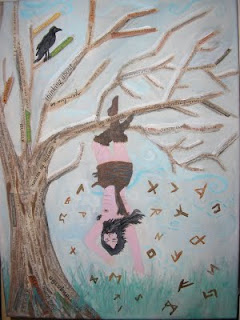 The most impressive of the myths concerning Odin is that he hung for nine days and nights on the World Tree, even as his own victims used to hang, while he was pierced with a spear. He hung there as a sacrifice, ‘myself given to myself’ and fasted as he endured in agony, until at the end of the time he was able to bend down and lift up the magical runes which brought secret knowledge to men. This experience is described as if by Odin himself in the poem Havamal (Words of the High One). Thus Odin underwent something which closely resembles the visionary experience of death and resurrection endured by the shamans of and elsewhere as part of their initiation, and as a necessary preliminary to achieving powers of prophesy.

Tomorrow – we will see how the meaning of self-sacrifice has changed in the Modern times.
Posted by This is Utkarsh speaking at 9:50 AM