The recent revelations by Edward Snowden that Big 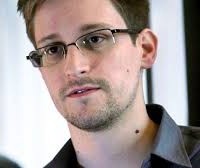 Brother (read USA) has been snooping into mails, etc. of people across the world has sparked off a debate and outrage across the world. Do we as individuals and as a nation have the Right to Privacy? Can anybody, irrespective of the power they wield, snoop in on anybody? Should this be deplored as a breach of privacy or for the larger cause of flushing out terrorism, be endured?


Not negating an individual’s Right to Privacy, the basic debate leads to the question – can anyone be snooping into your life and learn your secrets, even if they do not threaten the nation or breach any law, both personal and national?


I draw my inspiration from mythology and seek answers in them. Let us analyse some of the characters and incidents that have raised the question of Privacy.


Kunti from the epic Mahabharata was amongst the most private of all the characters of Mb. Her life was shrouded with private moments that she could never share with anybody. Her secret of having a son, prior to her marriage weighs heavy on her throughout the epic and right till the end, when she has to reveal the secret only to benefit those from who she had hidden it all her life. Many scholars feel that had Kunti revealed the secret much before she actually did, the course of the Epic would have been different. None of us could vouch for the positive outcome of it, but then, Kunti had simply exercised her right to privacy, till she felt the need to reveal, and that too herself.


In Greek Mythology, Zeus was full of secrets; however, his secrets were all of an amorous nature and all to be kept away from his wife, Hera. Zeus, despite the fact that Hera was jealous of his extra-marital affairs, never gave up his habit of courting goddesses, nymphs and mortals, and keeping all of them secrets. But unfortunately, in many a case it was the partner, who had to bear the brunt of Hera’s anger or jealousy, if she ever found out, which wasn’t too often. Zeus guarded his privacy very well, very often by foul means, but manage he did!


Revelation of secrets has always led to action, and sometimes drastic actions. At times, they change the course of destiny and at times they lead to the fall of high and mighty. Let us look at an example where the revealing of a secret leads to the fall of the mighty. During the final war in Ramayan, Ravan was invincible and no amount of Ram’s right intentions could kill Ravan. Only Vibhishan knew that Ravan could be killed only by shooting an arrow at his navel. Had this secret been not revealed to Ram at the right time, the outcome of the epic Ramayana could just have been different. In case of Ravan, he had not guarded his secret well and had to pay the price with his life. 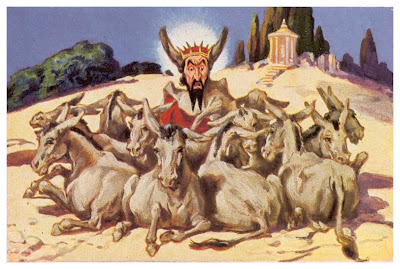 Sometimes, the revelation of secrets has led to funny incidents too. According to a Greek Myth, Midas (of the golden touch fame) was once asked to judge a musical competition amongst a group of gods. Though, Midas was honest in his judgement, he judged wrong, and as a punishment, Apollo, gave him the ears of an ass, which also stood for his stupid musical sense. Midas was quite ashamed of this and would usually hide the long ears under a cap. Though he managed to hide them from all, he could not do so from his barber. He had sworn his barber on oath, not to reveal this to anybody ever. But it was too much of a secret for him to withhold. So the barber dug a hole in the ground and whispered in it Midas’s secret and covered it back. During spring, reeds grew up there and during a light breeze, when it stirred the reeds, the reeds whispered the hidden truth to one and all. Along with the secret, it also sent a message to all that never arbitrate between gods and if one still has to, then side with the powerful one!


Going back to the basic question, should snooping, however harmless, be allowed by anybody, unless the person being snooped on has dubious credentials? Should a nation at large have rights superseding an individual’s right, even where there is no threat perception from the alleged target?


There is never the right answer to questions like these. There will be ifs and buts and exceptions to any rule. Modern times are more complicated than mythical times. The gods and goddesses didn’t have WikiLeaks and Phone tapping or Snowden in their times. In mythical times, a whistleblower could be killed, but today, you would have the Human Rights team after your life, for taking the life of a whistle-blower! And in more recent times, an enemy nation could offer asylum to the fugitive whistle-blower!


The mythical times didn’t have processes which were either democratic, theocratic or autocratic – they simply did what they thought was right, as they knew that the modern day mythologist would find some symbolism in it and justify their acts! But the mortals of today, take care – don’t speak and don’t do anything in private that you can’t do in public – but I can sense some exceptions here too!
Posted by This is Utkarsh speaking at 8:57 AM