If you have not given this question a thought, then let me tell you, that mythology has. And if you have thought about it, well, then you sure are obsessed with questions!


In the course of sex, who enjoys more, a man or a woman? Both Greek mythology and Mahabharata (Mb) seems to have tried to seek answers to this question. 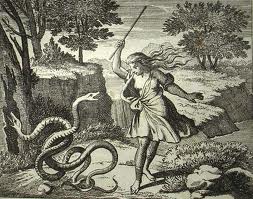 According to Greek Mythology, Tiresias was a blind prophet well known for his ability to predict the future. According to one version Tiresias once came across a pair of copulating snakes and he hit one of them with his stick. Hera, the Queen of the gods was not happy with this and she cursed him to become a woman for seven years. After seven years, Tiresias came across the same sight again, but this time he left them undisturbed. This act allowed him to regain his masculinity. Once Zeus and Hera were having an argument, as to who enjoyed more during sex. According to Zeus, it was women and according to Hera, it was men. Tiresias was called to arbitrate, since he had experienced sex both as man and woman. Tiresias answered – Of ten parts, man enjoys only one! This upset Hera so much, that she cursed him to become blind. Zeus could not do much, so he gave Tiresias the gift of foresight. 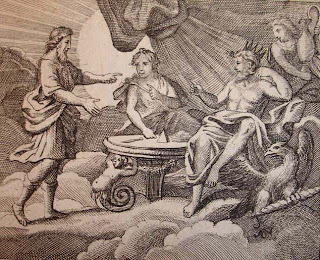 According to Mb, after the war of Kurukshetra, before Bhishma decided to die, there was a discourse between Yudhishtir and Bhishma while he was on the bed of arrows. Among many questions asked by Yudhishtir, one of the questions asked was similar to what Zeus and Hera had. To this Bhishma is supposed to have related the story of Bhangashvana. Bhangashvana was an ancient king who was cursed to turn into a woman, by Lord Indra. He was the only creature on earth, to have experienced sex both as a man as well as a woman, and he also had the rare fortune to have some children call him father, while some called him mother. It is said that later when Lord Indra asked him if he would like to regain his masculine form, he is supposed to have declined the offer, on the grounds that he would prefer to live as a woman, mainly for the ability to enjoy sexual pleasure more. Many later scholars have also added (lest this be seen in bad light!) that Bhangashvana enjoyed being a woman, also because as a woman she could love her children more than what she could as a man!


While Greek mythology answers the question in an indirect manner, Mahabharata answers it more directly. Unfortunately Tiresias had to bear the brunt of the ire of Hera, Bhangashvana goes on to enjoy the life of a woman.


Greeks punished the person who gave the answer, while in Mb the person gets a boon of his choice, but in both the cases, the answer was woman.

Statutory Disclaimer - The opinions expressed above were that of Tiresias and Bhangashvana, mythical characters, the Blogger (i.e. me) takes no responsibility for their words and opinions!

Posted by This is Utkarsh speaking at 9:47 AM