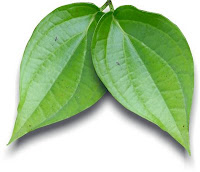 During a recent discussion with a friend on food habits, the discussion veered towards, Paan or the betel leaf, the must-have after every meal. Paan is considered to be a medicinal plant with medicinal qualities, and aids digestion. My friend wondered, that here was a leaf which was known for its medicinal qualities and was a must in every religious ritual, but he has yet to find a father offering a paan to his child!

That sure was an interesting observation and the reason could have less to do with the paan itself and more with what went in making the paan, the main among them being tobacco. But was paan meant to be a medium of having tobacco, or did the latter find itself inside the paan more out of poor design? That’s for food-historians (if there was one), but the topic of paan did make me a bit curious. I have seen paan in every household as a child when I grew up in Kolkata, West Bengal. Offering paan made by the host was an honour and an indulgence by the host.

But my searches always head one way and this time too, I was looking for its origin, in mythology. 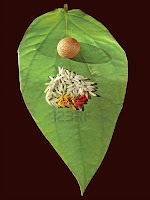 The Hindu mythology, does not talk about it much, except for the fact that it was one of the things that emerged from the churning of the ocean during the samudra-manthan. However, the Skanda Purana goes on to give a reason of its usage during every religious ritual. According to this, every god resides on the different parts of the leaf. Lord Indra resided on the top portion of the leaf, Goddess Saraswati in the middle and Goddess Lakshami in the lower tip, while Lord Vishnu resided inside the leaf, besides many other deities on the outer-side, left side and so on and so forth. Such association makes it a must to be used in any or every religious ritual. One more reason given for its use in all kalash or pots with water, is that its presence purifies the water in the pot.

Though this tale is from the Jataka Tales, it is also one of the most common tales associated with the betel leaf, in the region of Sri Lanka. According to this tale, during one of the incarnations of the Buddha as a hare, it offered itself to the God Sakra. Sakra took the form of a demon and appeared before the hare and asked it to prove its commitment to gods by preaching a sermon and offering it some food, however, he ate only roasted meat. The hare was worried, that where could he get roasted meat in the wilderness, so it offered itself. But the demon reminded it of the sermon too, which he had to deliver. The hare came up with an idea. It asked the demon to create a tall mountain and put the hare at the top of the mountain and light a fire at the base. The hare jumped from the top of the mountain, delivering the sermon and would reach the fire and get roasted for the demon to eat. 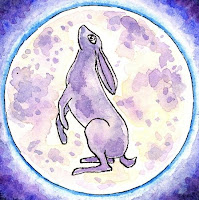 Sakra was impressed by its devotion and caught the hare just before it could land in the fire. Sakra then placed the hare in its arms and took it to the land of the gods. He then painted the likeness of a hare on the moon to commemorate the act of self-sacrifice by the hare and threw the brush away which incidentally fell in the Nagaloka, or the land of the Nagas, or snakes. The King of the Nagaloka, for some reason ended up swallowing it by mistake and died with pain due to the brush getting stuck in his throat, after seven days.

Soon a plant sprouted at the spot where he was burnt which was named the throat-burning-leaf (you might understand this if you try eating a betel leaf all by itself!). It is said that the branches of the creeper sprang from the tail of the Naga and the stem from its body and the leaves from its hood. This could also be one of the reasons why the the creeper gets its name in the vernacular as Nagarvel (Gujarati) or Nagavalli (Tamil/Sinhalese), meaning the serpent-creeper.

Many a times, paan is consumed by clipping its stem and the tip of the leaf. As a child I have observed many do this as a ritual, but none gave me any reason for the practice. However, the real reason behind doing this is hidden in another interesting myth.

Next we will see an interesting myth of the betel leaf from a different culture!

Posted by This is Utkarsh speaking at 9:28 AM