Ms. Kiran Bedi has compared our Prime Minister, Dr. Manmohan Singh with Dhritarashtra of Mahabharata. [Ms. Bedi tweeted – “PMO clears PM. Did Dhritarashtra in Mahabharata not support Kauravas even after they attempted to disrobe Draupadi? Indian genes/culture? Or?”]

Dhritarashtra was the blind king of Hastinapur who was put on the throne after his younger brother, Pandu, had to go to the forest to atone for his sins and his subsequent death. He was also the father of the hundred Kauravas. 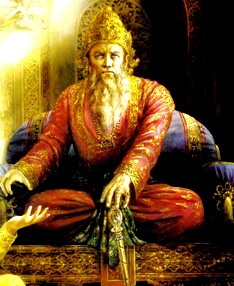 Is the comparison valid? Let’s see.

To conclude, let me tell you a small story which many might not know.

At the end of the war of Kurukshetra and on the death of his hundred sons, Dhritarashtra asked Lord Krishna as to why was he destined for such a tragic life, of blindness and bereavement of hundred sons during his life time? Lord Krishna asked him to close his eyes and Dhritarashtra saw, that in his previous life, he was a tyrant king. Once he was passing by the sea and saw a swan surrounded by a hundred cygnets (baby swans). On a moment of sadistic pleasure, he ordered that the eyes of the swan be gorged out and all the cygnets be killed. This cruelty had led him to be blind in this birth and was made to bear the death of his hundred sons, just as he had done to the swan. Dhritarashtra realised that this was his karma and none were to be blamed for this.

Dhritarashtra’s behaviour was due to his karma, but what is the cause of your behaviour Mr. PM?
Posted by This is Utkarsh speaking at 9:18 AM