Mangoes – Nothing 'aam' about it 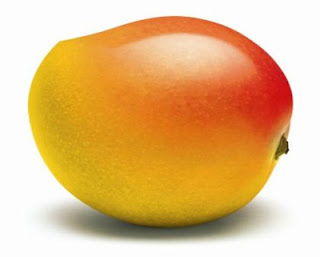 Show me a man who doesn’t like mangoes and I’ll show you someone with faulty taste buds! Mangoes – the ripe, luscious, fruits which have something in them, that makes a child out of a grown-up man or a woman (lest I be accused of being sexist!). Mangoes, ripe or raw are a culinary delight. This King of fruits is an all time King of good times (no pun intended!).

There are other fruits in the market, but none hold sway on man and its kind the way mangoes do. Have you ever heard crates of bananas being sent to a daughter’s in-laws house? Have you ever brought crate-full of apples and had them for breakfast, lunch and dinner and look forward to the same for the next day too? Have you ever seen any other fruit evoking such erotica the way a certain lady squirms on your TV screen with a ripe mango? So what is it about the fruit that makes one go all out for it.

The answer lies in antiquity, like all quests lead you to!

According to a Vedic myth, Surya bai, the daughter of the Sun god was transformed into a golden lotus to avoid being troubled by an evil sorceress. The sorceress was angry when she found out that the King of the land had fallen in love with the lotus, so she burnt the flower to ashes. Love triumphed as a beautiful mango tree grew from the ashes of the flower and Surya bai stepped out of a mango which was found on the ground. The King recognised his love and the two were united. 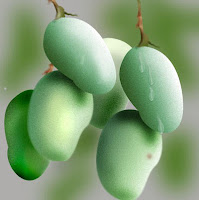 Lord Buddha was given a whole mango grove for him to rest whenever he wanted to. Since then the mango tree was considered as a wish fulfilling tree. Mangoes are considered to be a symbol of love. The Mango leaves are considered auspicious especially in marriage rituals, which are used to assure the birth of sons. It is said that whenever there is a birth of a son, the mango tree bears new leaves. Lord Ganesh is seen carrying a ripe mango in one of his hands as a sign of attainment, the aspiration of every devotee of his. In Kalidasa’s Shankuntala, Kama, the god of love is supposed to have used the flowers of the mango tree to invoke love between Shakuntala and King Dushyant through one of his arrows. Goddess Ambika from the Jain mythology is traditionally shown as sitting under a mango tree.

This takes us to one of the most important sites of Shaivite centres of devotion, the Ekambareswar Temple at Kancheepuram, Tamil Nadu. Translated literally, ‘Eka’ means one and ‘amaram’ means Mango tree, together, Ekambaram means One Mango Tree and Ekambareshwar means god of the one mango tree. The temple was built during the Pallava rule and completed by the Chola rulers. But there is mythology around the temple and one of the most important area of the premises, which has a mango tree!
It is said that once goddess Parvati was doing penance under the mango tree in the temple premises. To test her devotion, Shiva sends fire at her. Parvati took the help of Lord Vishnu, who with the help of the rays of the moon managed to cool the tree as well as Parvati. Shiva then sent the river Ganga to disturb Parvati’s penance. Parvati convinced Ganga that they were sisters and that she should not disturb her penance, to which Ganga agreed. Parvati then made a shiva-linga out of the sand and got united with Shiva. Shiva here came to be known as the Ekambareshwar or the god of the Mango tree.

The tree in the premises is said to be the same tree under which Parvati performed her penance. The tree is sacred and unique in the fact that the four branches of the tree represent the four Vedas and it is said that the tree bears four different kinds of mangoes in four different seasons. (What is not mentioned however is that it is highly possible that someone in the days of yore had probably done some intelligent tree-grafting, which has survived till date – but then followers of faith do not see eye-to-eye with the doubting-Thomases of the modern world!).

Mangoes have not been a topic of discussion just in mythology and religion. The uniqueness of the fruit is supposed to have first travelled outside India, during the travels of the Chinese traveller Hiuen Tsang who is considered to be amongst the first to take the tales of the fruit outside India. Later the Portuguese took the fruit out to other parts of the world. There are numerous Indian folk-tales which have the eating of the mango associated with miraculous child-birth and seduction. There are legends about the royal courtesan in the kingdom of the Vaishalis, who came to be known as Amrapali since she was found under a mango tree. (But then that is a story from history and we will not discuss that here at the moment).

To conclude on a doubting note; according to many scholars, the story of Adam and Eve took birth in the tropical zones which are not conducive for the growth of apples and pears. What could be highly probable, keeping in mind the tropical weather, was that the fruit could be either the papaya or a mango; papaya being highly improbable as a fruit of seduction (!), could it have been the mango, which hasn’t quite lost that charm even now?

Posted by This is Utkarsh speaking at 9:21 AM