As we all know that Teachers Day is celebrated as the birth anniversary of Dr. S. Radhakrishnan, the second President of India. This is also a day when we remember and respect our teachers. As a child, we would look forward to this day, as on this day we got an opportunity to entertain our teachers with what we thought was our skill (and cover up for the poor grades they gave us!), besides enjoying no-studies! 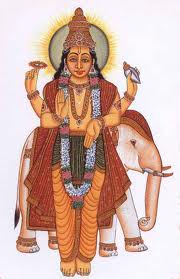 Brihaspati is considered to be a Vedic deity and presides over ‘guru-var’, or Thursday. In astrology, he is associated with Jupiter and is considered to be the Vedic god of wisdom and eloquence and thus also referred to as the Guru of the devas or the gods. Brihaspati is depicted as a yellow or golden coloured deity. His immense penance and devotion to the gods is supposed to have earned him the position of a Guru and a position amongst the planets. Guru Brihaspati had many sons from his three wives. 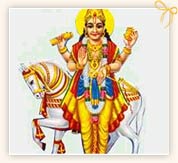 Shukracharya was the guru of the asuras and he chose to be so, due to his enmity with Lord Vishnu, who was responsible for killing his mother, who was sheltering an asura who was being chased by Vishnu and the gods. In astrology, Shukracharya is associated with planet Venus and is associated with Friday, as he was born on a Friday. Shukracharya is depicted as a fair complexioned deity mounted on camel, or a horse or even a crocodile. Shukracharya was also well aware of the cunningness of Vishnu and he had tried to warn the asura’s many times about the potential deceit that Vishnu was playing, but they lost out on his cunningness. One of the examples of this is during the Vamana avatar of Vishnu. Shukracharya warns King Mahabali against granting any boons to the Vamana, but Mahabali wound not listen to him and the result was that Mahabali lost his empire. Shukracharya was a man of foresight and had a sharp sense of foresight and seeing deceit thru deception.

The enmity between the two gurus was always in the open and so was that of devas and daitya’s. However, the daitya’s always had an upper hand due to the powers of their guru. In comparison, Guru Brihaspati was never of great help except for the elevated position of a Guru. In times of crisis, the gods always had to depend on the trinity of Brahma, Vishnu and Shiva. The daitya’s could always depend on Shukracharya, who was also well known for what came to be known as Shukra-niti, the norms of Shukracharya. In mythology, Guru Brihaspati’s son, Kacha goes to Shukracharya to learn the art of giving life to the dead, and in due course falls in love with his daughter Devyani, but doesn’t get married to her. Devyani later gets married to Yayati, who was the founder of Kuru dynasty. The story of Kacha, Devyani and Yayati is what fairy tales are made of, but we will keep it for another day.

Another well known teacher from History, Chanakya, was greatly influenced by Shukracharya, and a lot what came to be known as Chanakya-niti, was borrowed from Shukracharya. Chanakya was of the opinion that some amount of shrewdness and cunning-ness was integral to a political advisor. All the knowledge and greatness of Guru Brihaspati was relatively less effective when it came to political consultations and decision-making.

One might say, that all the knowledge and cunning-ness of Shukracharya was of no use in the long run, but then the deceit and shrewdness of some devas was impossible to match too!

Once again, thru this, I would like to thank all my teachers and guru’s who have taught me many things, both what to do and what not to!!

This is Utkarsh Speaking: Guru Purnima