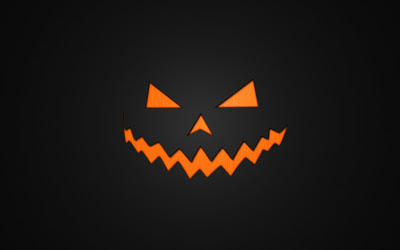 Halloween traditionally is celebrated on 31st October. It is a festival that can be traced to ancient Ireland where they celebrated what was known as ‘samhain’, pronounced as sow’en or swo’een, which was observed to mark the end of summer and the onset of winter. It was celebrated with lighting of bonfires and sacrifices and offerings to the dead. It was popularly believed that the dead would come down in the form of ghosts and spirits. Since the idea of ghosts and spirits moving around freely was a scary thought, people would come out of their houses and light bonfires and stay together.

Samhain has undergone many modifications from its ancient Irish origin. It is said that when the Romans attacked the Irish region, the festival underwent modification by adding the worship of Poloma, who was the Roman goddess of trees and fruits and the festival of Feralia, held to pay respects to the dead. Soon the Celtic festival gave way to Christian faith and the 1st of Nov started to be celebrated as ‘All Saints Day’ and Nov 2nd as ‘All Soul’s Day’. Over time, the popular festivals got merged and soon it emerged as a fun-filled festival of Halloween, as we see it today.

It was the Irish immigrants who brought the festival to USA where it is extremely popular. They were also credited with bringing the custom of carving jack-o’-lanterns out of pumpkins. This brings us the interesting story of ‘Stingy Jack’. 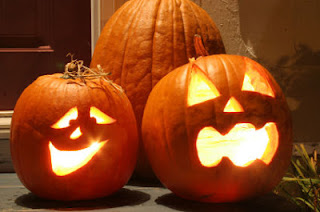 Once upon a time there was an old man by the name of Jack, who was good for nothing and would be drunk the whole day and play tricks on just about everybody. Once he ran into the Devil himself and tricked him into offering his soul for the exchange of one last drink. The Devil quickly turned into six pence to pay the bartender, but no sooner had the Devil done this, Jack took the coin and put it in his pocket which was next to a silver cross that he always carried with him. The Devil could not get back to its form and Jack would not let him go till he had bargained ten more years of life.

After many years, when Jack died, he went to the Gates of Heaven, but was denied entry due to his wrong ways when he was alive. Disheartened he went to Hell and asked the Devil if he could enter, but the Devil decided to honour his promise and denied him entry. So Jack was worried as to where could he go? To this the Devil replied, that he could go back where he came from, having the last laugh.

The way back was very dark and windy, so Jack requested the Devil to give him some light to find his way back. The Devil gave him some burning embers from the fires of hell, which he placed in a hollowed-out turnip, which was Jacks favourite food, and was always with him as and when he could steal them. Since then Stingy Jack is supposed to be doomed to roam the earth in search of a resting place for his soul with his lit-up turnip trying to finding his way in the darkness.

In due course, the turnip has given way to the ubiquitous pumpkin and is now a favourite on Halloween. 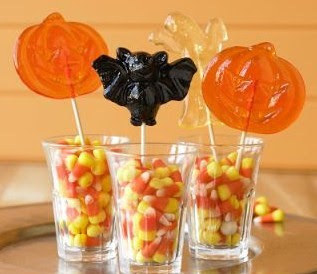 There are many references of unrestrained mischief during these days, and to bring some method in the madness, a sense of permissiveness was granted and thus some controlled mischief in the form of innocent fun was introduced. Thus today, there are costume parties and children knock on neighbours doors saying “trick or treat” implying, that if they are not given a treat, then they would play tricks or pranks on them. The friendly neighbours then oblige with sweets and candies to ‘avoid the trick’! This way, the trick is orderly and a sense of bonhomie is created without any unwanted and unexpected nuisance. However, the costumes have remained those of ghosts, devils, witches and goblins.

The spiritual significance is not lost on people on this day. The children are made to remember their grand-parents and all that they have left for them, in terms of love and lessons. One also pays homage to ones ancestors on this day, and thus besides celebration, the day is also for remembrances.

Since I play to tricks and give no treats for nothing (quite a Devil, some might say!), here’s wishing all my readers...