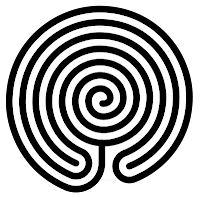 Yesterday, we read about the death of Abhimanyu which seemed to be part of the war-strategy of Lord Krishna. Did he seem like a villain who was out to eliminate the young Pandava princes and get them to sacrifice each of them and leave the Kuru clan with no survivor (except Abhimanyu’s unborn son, Parikshit)?

Not exactly! Yes Abhimanyu was killed as a part of a plan, but a plan which was way beyond the battlefields of Kurukshetra.

Before it was time for Vishnu to take the mortal birth of Krishna, each of the gods were expected to contribute towards the massive destruction that was expected on earth, i.e. in the war of Kurukshetra (as they say, everything is destined). Many sources say, that the Pandavas, who were the sons of gods, were actually the representatives of the said gods (like Yudhishtir represented Dharma, Bhima represented Vayu and Arjuna represented Indra, etc.). As a part of this design, Abhimanyu was the reincarnation of Chandra, the Moon-god’s son, Varchas.

As an arrangement, Chandra did not want to part with his son for too long and so had agreed to part with him only for sixteen years and also wanted his son to be known as a hero. This was known to Krishna, and thus he is supposed to have ensured that Abhimanyu died a heroic death at the young age of sixteen and leave the world and go back to his father, Chandra.

The fact that the death of Abhimanyu was the turning point in the war has been well accepted by one and all. The death of his favourite son, from Subhadra, made Arjuna cry for blood and bring out the warrior in him.

This should be seen as the utilisation of a useful piece of information for a larger cause – a great skill to possess in the field of strategy. The vows of Draupadi, the hardships they had to undergo, the treachery and the unfairness meted out to them, besides Krishna’s rendition of Gita had not quite had the desired effect on Arjuna that was needed in the kind of battle that was being fought. Abhimanyu could have been eliminated as any other death in the battlefield, but the way he got killed, roused the passions and anger in a relatively cold Arjuna who was not fighting to his potential and was avoiding all the seniors of the Kaurava army. His death changed the whole attitude of Arjuna and there was no looking back thereafter.

Many scholars have also opined that this could have also been done to serve as a lesson to one and all that half knowledge is dangerous and that wars have to be fought through a combination of strategy and bravery, not just the latter.

So can we still blame Krishna for the death of Abhimanyu, or should we see as a masterstroke in the master plan?