No, I am not referring to NASA’s robotic rover that landed on Mars recently. I am only referring to the emotion that every human being is born with. What is curiosity? Is it the same thing that makes parents proud when their child breaks open every electronic toy they bring for him, giving credit to the child’s curiosity and see it as signs of a budding engineer? (I can’t say much on this though, as my child did not break/tear a single toy – and I am glad she didn’t because child psychologists would come up with a very different conclusion if she tore apart a cute looking teddy-bear or broke a limb of her Barbie doll!).

Many have opined that mythology is the result of man’s inherent curiosity to seek answers to various questions of life and nature. If it wasn’t for curiosity, then life would have no meaning and there would be nothing new to look forward to.

However, if you think that curiosity always bears good fruits, then think again –

So is curiosity all that bad? 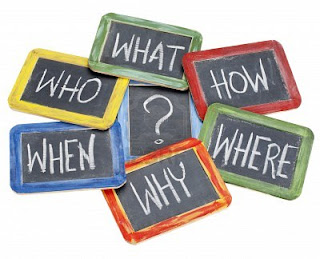 To conclude, curiosity is derived from a Latin word ‘curiosus’ meaning ‘careful’. Till curiosity is a quest, it is worth pursuing, but when it becomes careless and intrusive, it might lead one into trouble.

When curiosity can become temptation, not many would understand, except Eve, I guess! So be careful and one doesn’t always have to learn the Kunti way!

Email ThisBlogThis!Share to TwitterShare to FacebookShare to Pinterest
Labels: Curiosity