On the occasion of Janamashtami, the birthday of Lord Krishna, I would like to take up an aspect from the epic Mahabharata, for which he has been much maligned. 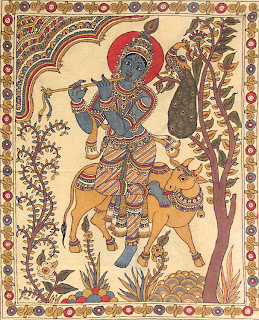 This refers to the meeting between Lord Krishna and Karna prior to the war of Kurukshetra, where Lord Krishna reveals to Karna his parentage. Many have questioned the timing of this act, since it was just before the war and have accused him of trying to ‘buy’ the support of Karna. Was this not an emotional blackmail, which would have weakened him just when he needed to be strong? Was this not an act of extreme selfishness, especially when Karna was the greatest adversary of Krishna’s protégé, Arjun? Also, was it ethical to lure him with Kingship and all that was Pandavas to be his (surreptitiously speaking, Draupadi too)?

To understand this act in perspective, it is important to understand the background. Lord Krishna was always against the war as he was well aware of the quantum of destruction of human lives. He had made all efforts to avoid a war, much to the disagreement of many who see him as a God.

Right at the beginning, when the war was first proposed in the city of Virata, it was Krishna who had advised against it. When Arjuna came to seek his participation in the battle, he wowed not to take up arms in the battle and that he would not fight. But even that did not stop the war. All who have done justice to the epic would vouch for his earnest effort to stall the war. Seeing no alternative, he proceeded to Hastinapur hoping that he would be able to broker peace by meeting the seniors of the Kuru clan there. The meeting was not fruitful; rather it was quite acrimonious when Duryodhan ordered that the ‘cowherd’ be arrested. Thus this last effort too was wasted.

Krishna never doubted the ability and the sincerity of Karna. One would also agree that Karna was a major strength of Duryodhana. If Karna’s assistance was not forthcoming, Duryodhana would never be so forceful for the war. If he felt that Karna was with his enemies, he could have refrained from the war and that was Krishna’s major objective of trying to stall the war. The offer to Karna to defect and all that was offered to him was not to ‘buy-him’ but to make the last–ditch effort to stop the massive destruction which only he could foresee.

Needless to say, that this was in the interest of all. First, it was in the welfare of Karna, as he would become the King and would also be in the right company which he so deserved. Second, this would benefit Duryodhana too as in the event of a war; there was a distinct possibility that he would not only lose his kingdom, but his kith and kin too. Third it would also give Kunti a chance to accept Karna her first born and allow some legitimacy to the much-insulted Karna on his parentage. It was in the interest of the Pandava’s too as with the avoidance of war, the Pandava’s would be absolved of the barbarous war and slaughtering of their kin. This single act of revealing to Karna his identity was an act of supreme righteousness and goodness as the advice would save innumerable human lives.

Was this a selfish act on the part of Krishna? It is pertinent to mention here that if Krishna’s intentions were malicious, then he could have revealed Karna’s parentage in public. If he didn’t achieve his prime objective of stopping the war, at least he would have had him broken in public. It could have created some rift between him and Duryodhana and Krishna would still have benefitted. But he did nothing of that sort. Krishna gave the brave his due and did not compromise with his sense of privacy right till the end of the epic.

It is important to see certain things in the right perspective, though it is quite interesting to see things tangentially. Tangential vision creates for juicy controversy and gossip. But an educated and matured mind should see things in the right perspective, especially since we are talking of an important character in Mahabharata. Detractors and sceptics abound in this world and there are a many. But readers of this Blog are encouraged to see things the way they are and ought to be.

Anybody disagreeing can write to me with their views, as debate is the foundation of a matured society, as against outright criticism.

Happy Janamashtami to one and all, believers and non-believers!!

Posted by This is Utkarsh speaking at 10:15 AM