The holy month of Ramzan will soon come to an end followed by feasts and celebrations on Id. So what is it that makes this month so important for the Muslims?

Ramzan (or Ramadan in Arabic), is the ninth month of the Islamic lunar calendar. Ramzan is considered to be a holy month for the Muslims and during this month, Muslims are supposed to observe fast during the daylight hours.

Fast does not mean abstaining from food and drink only. A devout Muslim is supposed to abstain from all physical pleasures. Every part of the body has to restrain itself. The tongue should avoid talking ill and gossip. The eyes should avoid seeing unlawful things. The ears should refrain from listening to things which have obscene and vulgar content and even pleasurable content. The legs should avoid going to places of sin and vice, while the mind should refrain from unreligious thoughts. In short, during this time, the Muslims are called upon to re-evaluate their lives against the tenets of the Islamic way of life. 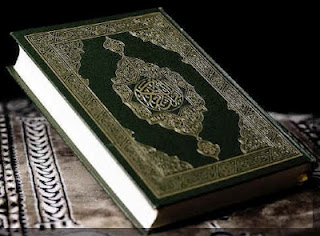 According to a legend, it was during the holy month of Ramzan that the Quran came into existence. It is said that angel Gabriel revealed the first verses to Prophet Mohammad, who though could not read or write, was chosen by Allah to be His messenger to the people. Allah’s words were communicated to Mohammad through Gabriel and it was these words which form the holy Quran. The first word of the first set of verses was “Read” and thus during the month of Ramzan reading the Quran is of utmost importance.

The word Ramadan is derived from the Arabic word whose roots meant ‘parched thirst’ and ‘sun-baked ground’. This expresses the true spirit of fasting. Fasting in Ramzan has its own benefits. Such severe abstinence makes people realise what hunger and thirst means to people who are poor and cannot afford to eat. It makes one empathise with the poor and the needy. It also takes one closer to God and appreciate all that He has enabled for us. During this month, giving alms brings one closer to the community and develops a bond with people of one’s own community. On such days, breaking fast with the family and having meals together also generates a close bond within the family and community.

The month of Ramzan is also a month where the devout give donations, knows as Zakat. According to Quran, one must donate 2.5% of one’s annual earnings as Zakat. As such one is supposed to donate all round the year, but donation during the month of Ramzan attains special significance as any good deed in this holy month earns huge blessings.

Many have wondered why the fast is broken with the consumption of dates. Dates were found in abundance in the deserts and it is said that the Prophet Mohammad broke is fasts with dates. However, there seems to be a scientific reason to this too. During the fasts many undergo mild problems like headaches, low blood-sugar, etc. Dates are supposed to be a rich source of fibre, sugar, potassium and carbohydrates, and all this helps in maintaining a good health especially for a starving body. The carbohydrates in dates also lead to slower digestion, which is better than many other foods which are easily digestible giving rise to hunger faster.

There is one more interesting aspect of Ramzan, and that is the namaz, which is something that all devout Muslims offer five times a day. However, there is another kind of namaz, which has significance and that is the ‘Tahajjud’ namaz. Tahajjud namaz is offered post midnight, i.e. between the Isha (night) namaz and the Fajr (dawn) namaz. Though Tahajjud namaz is offered during other months too, but the devout would not miss it during this holy month. An important aspect of this namaz is that this is not offered as a congregation. Offered as an individual and in the quiet of the dead night, it enables the devout to establish a contact with the creator. It is said that the Prophet himself missed the Tahajjud namaz deliberately to convey that this was not mandatory, but many a devout ensure that at least during the month of Ramzan they offer their respects by offering the Tahajjud namaz.

The month long fast is broken on Id-ul-fitr, as according to the Prophet, observing restrain for thirty days, called for celebration. Id which is celebrated on the last day is characterised by a daylong celebration with sumptuous meals, but only after performing special prayers at the mosque in the morning and wishing one and all, by embracing them three times as laid down in the Quran.

Posted by This is Utkarsh speaking at 8:37 AM