Good Friday is the day Jesus Christ was crucified. Easter Sunday is the day, of his Resurrection. This is also the beginning of the Easters. Just what has Easter bunny and Easter eggs got to do with Jesus Christ?


Nothing. Exactly, the Easter bunnies and eggs have nothing directly to do with Jesus. 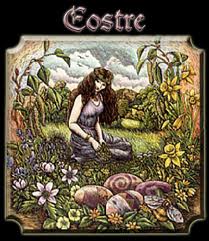 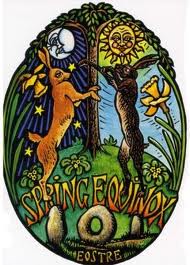 Easter is a per-Christian spring festival. The Anglo-Saxons worshiped a spring deity by the name of Eostre. The celebration took place on the Vernal Equinox (the equinox that falls in the month of March or spring). Eostre was depicted in attendance of hares. Hares and rabbits are fertility symbols of ancient times.  Rabbits and hares are prolific breeders and it is said that some of them can conceive a second litter even before the previous ones have been delivered. It is but natural, that the hares are seen as fertility symbols, for a generation surviving on agriculture and worshiping abundance.


When the Christian missionaries came across the ancient Saxons, they tried to convert them to Christianity and take them away from the pagan-worship that the Saxons were used to. However, the early converts could not shed their Pagan ways and festivities. Lest this be a point of confrontation, the missionaries allowed Pagan festivals with a Christian fervor. Since the Resurrection coincided with the worship of Eostre, such intermingling was allowed initially, till the newer generations saw it as a Christian celebration only. Eostre worship gave way to Easter celebration and the pagan celebration gave way to Christian tradition.


What stuck on was the association of rabbits and eggs. 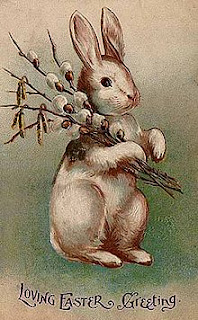 The Easter rabbit or the bunny as it is lovingly called, has remained and is akin to Santa Claus in Christmas. According to legends, it brings along with it gifts, toys and candies, along with eggs for children who have been good and nice all year long. The Romans believed that all life came from eggs and the Christians believed that an egg was the starting point of life. Decorating eggs in different colours also stood for the colours that spring heralds with its advent. Some orthodox Christians colour the eggs red, depicting the blood of Christ, while some colour them green, in the depicting the colour of leaf in Spring. Over time, the eggs have changed to being painted in different hues and designs. Another practice that is still followed is the rolling of eggs on the next day of Easter, i.e. on Easter Monday.


In some of the Scandinavian countries, children roll eggs (boiled) down the hill. This is compared to the rolling of the rock of Jesus Christ’s tomb, when he resurrected. Till date, White House sponsors this sport for all children below the age of twelve, a practice started by the wife of the fourth President of US. 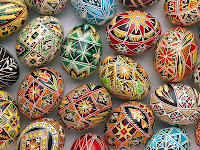 So on this day, let us celebrate both the Resurrection as well as the advent of the season of colour and love, Spring!