According to an interesting myth, once there was drought on earth for a prolonged period of time. People were going through tough time due to scarcity of water and thus no crops and fodder for cattle. 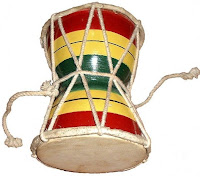 It was believed, that Lord Indra was responsible for the rains and whenever it rained, Lord Shiva would play his damru (a small hand-drum). Parvati, Shiva’s consort was worried about the situation and both of them decided to descend to earth, in a disguise and check for themselves, the state of their devotees.


The scene on earth was as expected. Land had cracked up; dead cattle lay all around, with the sun blazing down on earth. There was not a drop of water anywhere and people were migrating to wherever they thought there was water. Amidst all this, they were surprised to see a lone farmer, plowing his field.


Both Siva and Parvati were taken aback, by the response and were ashamed. It was then that Shiva decided that he should do his job, rains or no rains, and he started playing the damru. Hearing Lord Shiva’s damru, Indra realised his folly and sent down the rains and the drought ended.


A very simple myth, but such an important lesson.


No matter what, do not run away from your responsibility. Even if the circumstances are not favourable, just do your bit. If the powers-that-be have not taken heed of the massive drought in certain parts of the country, we must do your bit by contributing in whatever form we can. Farmers are dying and their families are left to fend for themselves. Many of us don’t/can’t do much, except feel sorry. 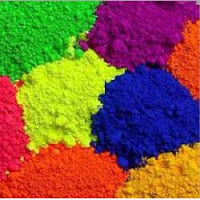 Tomorrow is Holi. Celebrate the festival with all the fervour it deserves. Spare a thought for the ones who are suffering from drought like conditions and are parched for water. Many have vociferously come out saying, why should we not play holi with water, when the responsibility of the acute shortage rests with nature and government? If the government does not take adequate steps, why should we and our children undergo austerities?

No dispute to the question and so true too. 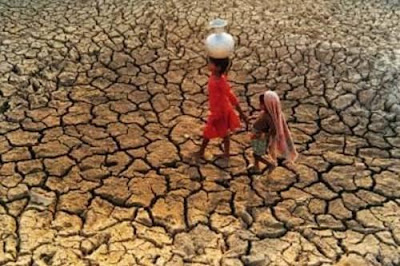 But I have just one thing to remind many of us of a simple emotion that many of us have grown up with. Earlier, when most of us have stayed in smaller buildings prior to moving in to large societies, if someone in the building died, as a mark of respect or solidarity with the family, we used to refrain from watching TV or listening to loud music for a few days. The situation is not very different. Some of our brethren are deprived of water for basic needs, for whosoever’s fault it might be. Under such circumstances, how humane would it seem to celebrate holi with rain dances, et al? 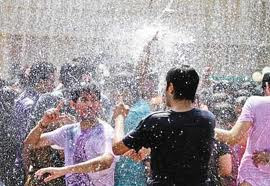 Do play holi, by all means, just spare a thought for people who get water once in 35-40 days for basic necessity while passive authorities are busy politicking. You do your bit – play holi, but spare the wasteful splash! 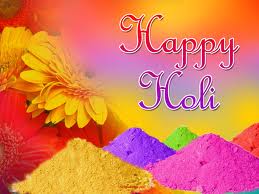 
My previous articles on Holi –

Posted by This is Utkarsh speaking at 9:22 AM