Shiva – as a Bull 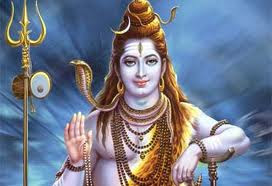 On the occasion of Shivratri, here is an interesting myth related to Lord Shiva and some of the most visited shrines of Shiva in the modern times. All of us are aware of Shiva’s vahana as the bull, better known as Nandi. But did you know that once Lord Shiva himself had to take the form of a bull as a disguise?

According the epic Mahabharata, Mb, Sage Vyasa had advised the Pandavas that they should seek pardon from Lord Shiva, since they were culpable of killing their own brothers and many more relatives during the war of Kurukshetra. On the advice, the Pandavas left in search of Lord Shiva.

Lord Shiva was aware of this and was upset by the mass-murder that was about to be unleashed. He was also of the opinion that that the Pandavas would be guilty of this, and so to avoid meeting the Pandavas, who were seeking pardon, he took the form of a bull and went and into hiding amongst a herd of cattle.

The Pandavas seeking Shiva reached the herd but couldn’t identify Shiva from amongst the herd. On an advice from Narada Muni, Bhim took a gigantic form and spread his legs across two mountains, while the others kept pushing the cattle from under his legs. The idea was that all but Shiva would pass from under Bhim’s legs. When all the animals had passed through, Shiva in the form of a bull decided to sink into the ground below. Seeing this, Bhim tried to get hold of the bull by its hump and managed to stop Shiva from sinking under the ground.

Shiva pleased by the determination of the Pandavas, granted them salvation from their sins. A temple in the honour of Lord Shiva was built by the Pandavas, which is better known as Kedarnath temple and the hump that Bhim managed to hold on to is worshipped as a Shiva linga in the temple.

The other parts of the bull, gave birth to the other spots which came to be better known as Panch-kedar, which according to the Padma Purana are as follows – 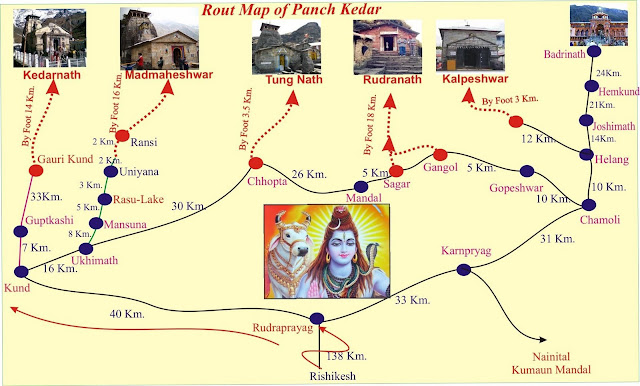 Such myths abound in all the major pilgrimages associated with deities. They lend credence to the mass following and also become tall testimonies to faith and belief system of the masses.

Other articles on Lord Shiva –

This is Utkarsh Speaking: Sharabha Deva – A form of Lord Shiva

Posted by This is Utkarsh speaking at 11:24 AM